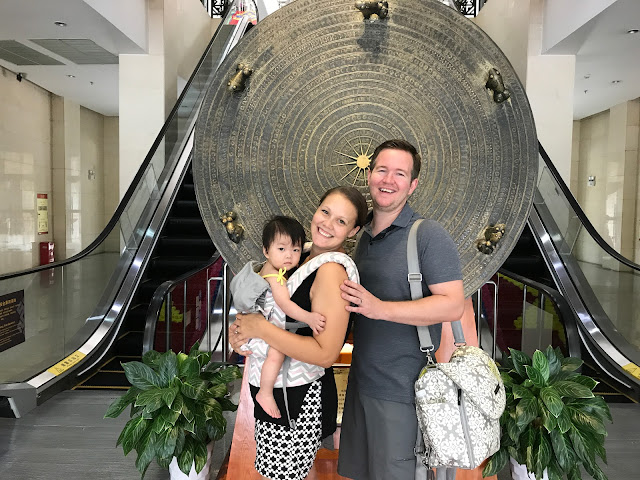 Wednesday and Thursday were our "off" days in Nanning. We were waiting for our adoption certificates and other items to be finalized, as well as  Maggie's US visa application, so we were able to see a few of the sights around Nanning.

Maggie still wakes up and cries when she sees us and notices she is not back at the orphanage. She is starting to prefer me, but we are having Ryan feed her her bottle, so that he can be apart and she will attach to both of us. It is very common for an adopted child to pick one parent and shun the other. We were aware of this before coming and were prepared for Maggie to want either one of us exclusively. So far, we have been very happy that she will tolerate both of us, even if she prefers me at this point in time. 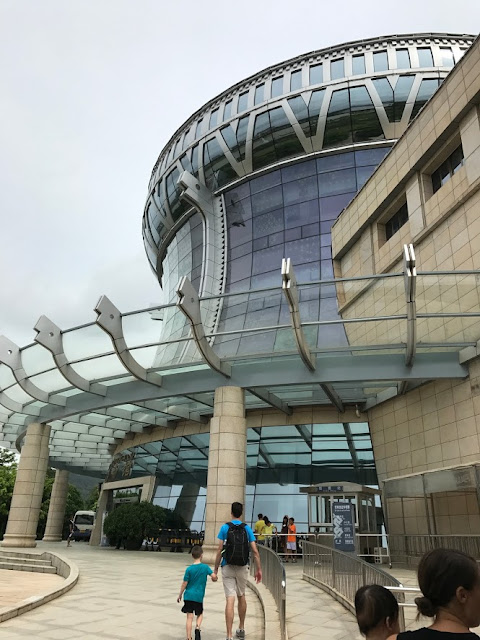 We went to the Guangxi Provincial Museum Wednesday so that we could learn more about the heritage and history of the girls. China is divided into provinces, much like we are divided into states. Adoptions take place in the capital, even if the children are from a different city. Maggie actually lived 2 hours from Nanning.
The museum highlighted 12 different Chinese ethnic groups that are in the Guangxi province, especially the Zhrung people. It was a fascinating place that I wish we would have explored more. We kept most of our outings to just the mornings so that the girls could nap on the same schedule as in the orphanage. Our guide, Sunshine, was very helpful in explaining things to us and showing us key points in the girls' history.  The Guangxi area is known for large brass drums, and we were able to see some that were more than 2,000 years old! China is so old and rich in history. 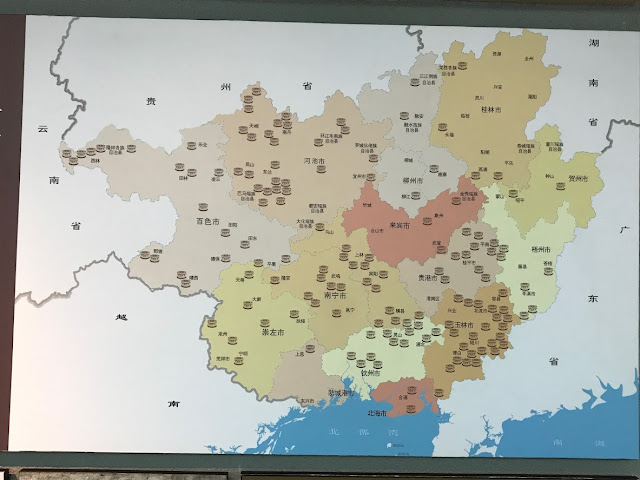 Where all the brass drums were found in Guangxi.


One area of the museum showed large pictures of a sheer cliff with drawings on them. It looks very similar to cave drawings you would see in Latin America or even American Indian drawings on walls. It was fascinating to see something that looked SO similar, but was done thousand of miles apart. Our guide very seriously told us that they believe that aliens drew those pictures, because how could anyone do it on such a vertical cliff. Dead serious face. Aliens had to do it, because how else?!?! I mean, really, how else? Ha. 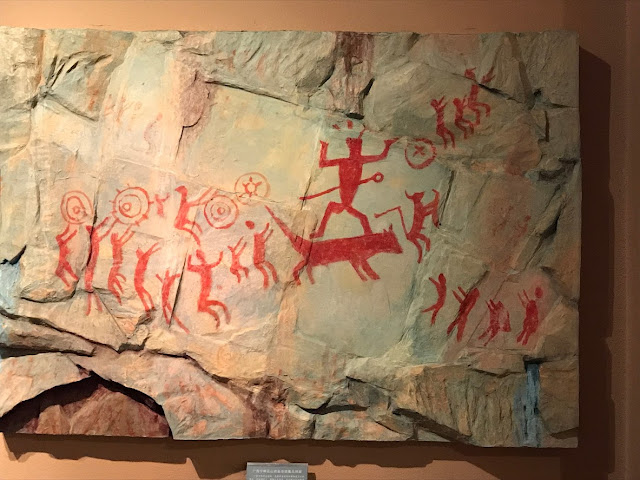 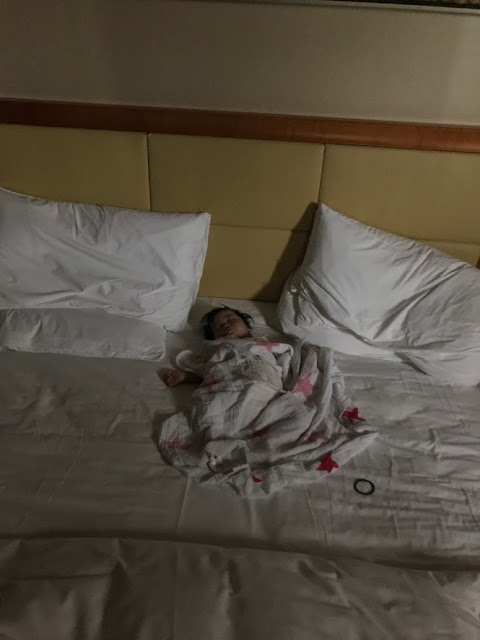 It is a slower pace than I would like, but very necessary for Maggie. I would have loved to explore the whole time, but touring China was not my goal. Loving, caring for and slowing everything down for Maggie was the goal. 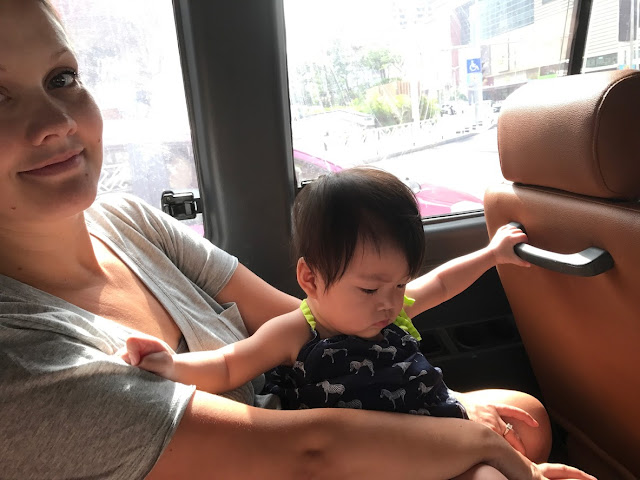 No car seats in China. Kids just ride along on laps. Maggie had the public transit pose down.


Thursday morning we headed out to the Green Mountain, which is a huge stunningly beautiful park area. We took a tram up and around the "mountain" which was more like a big hill and enjoyed the landscape. It was so lush, tropical and green. Our guide told us that you could spend two days there and not see everything. We stopped to feed about a million koi fish in a pond and take some pictures. We also were able to see a great aerial shot of Nanning. 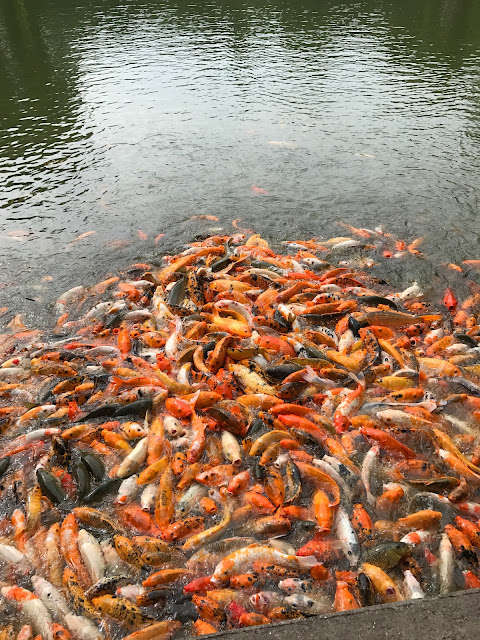 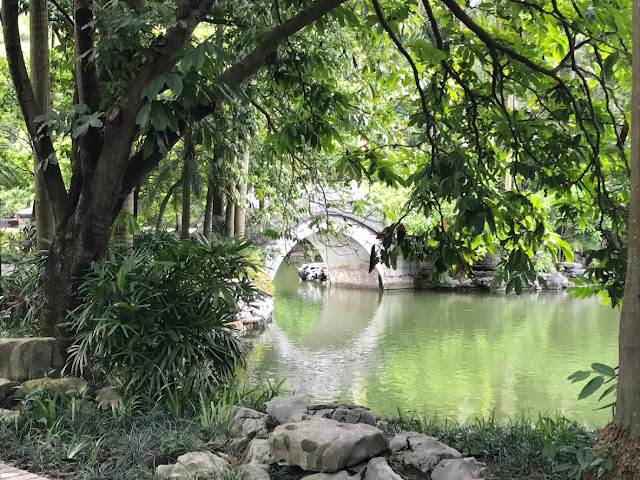 It was just SO hot. Nanning's weather is very tropical and similar to south Florida in August. The humidity is almost at 100% and I wore Maggie the whole time. We both were completely drenched in sweat. Even though we would have loved to spend more time on the mountain, I was getting sick from the heat and I was worried about Maggie. Both Jessica and I carried our girls, so we were SO hot the whole time. It was one of my very favorite areas in all of China, but we could only manage a few hours outside in the heat. 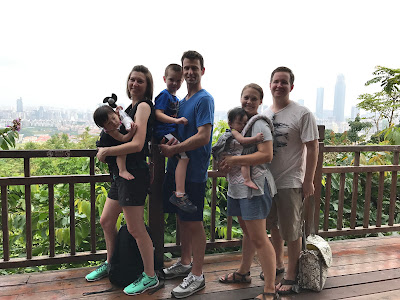 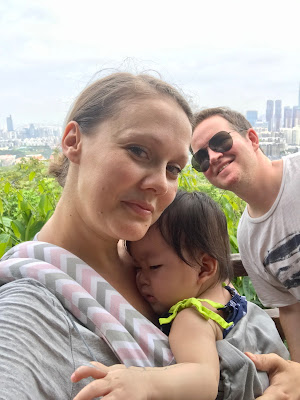 Our drive back to the hotel included  a stop at a local pharmacy and our guide turning into a rockstar. Sweet Maggie had not had a bowel movement since we got her and had stopped eating. We needed to do something to get things "moving". Sunshine made the decision and then proceeded to head to our room with us and administer that enema herself. Mere words on paper will not do this story justice. She administered, held my daughter over a toilet squatting and explained how they do this stuff in China...with sound effects. It is a story that must be told in person.

Later both families ventured out of the hotel for dinner and managed to find a noodle shop that had an English menu. After a few mishaps asking for a fork, we were all able to mostly eat a good meal. Maggie stopped eating in a highchair and would only let me hold her. So, I ate a noodle soup dish with chopsticks with a 15 month old on my lap.  And sometimes that is just what you have to do and you do it. 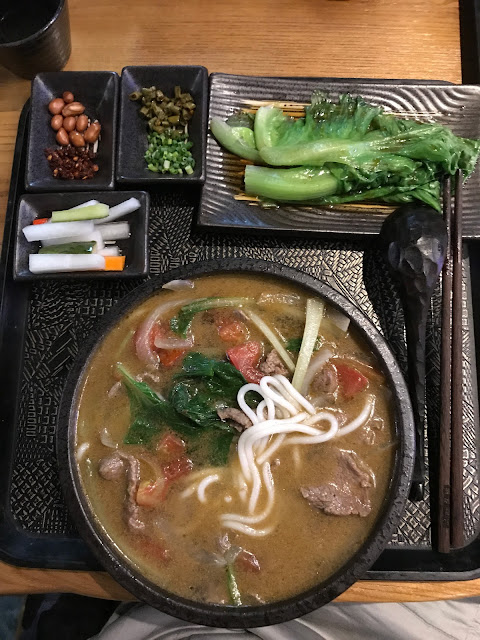 There was a fun little pavilion next to the restaurant with robots that kids could ride and move. We wished our kids were with us, as they would have loved to play with those. There was also what appeared to be a fun coffee shop, but turned out to be filled with old creepy teddy bears in cages. I am not afraid of clowns, but after looking at the teddy bear place, I may not look at an old bear the same again. 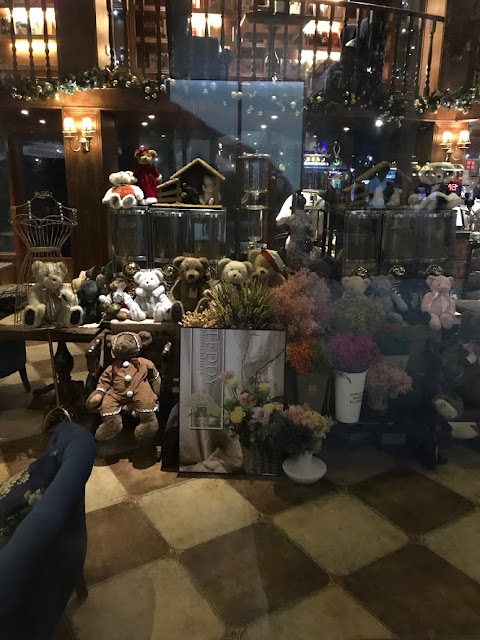 We ended our night with a live show in front of the mall. It appeared to be a health clinic with nurses and doctors at tables, but there was also a stage with acts going on...so who really knows. We got dairy queen and Maggie had her first bite of ice cream, thanks to her daddy. She was more interested in the red spoon, but would take a few bites. 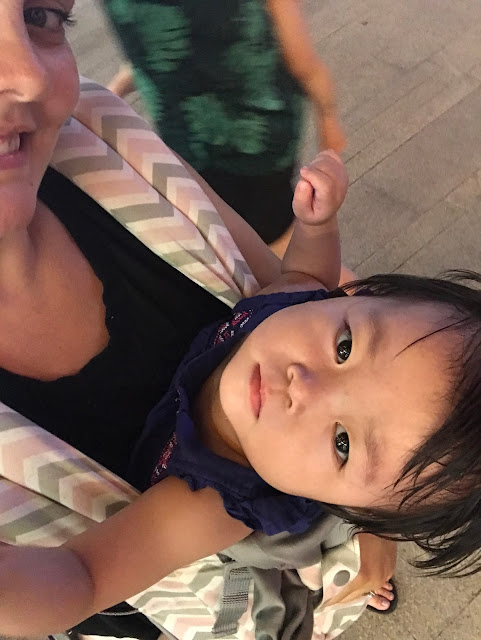 We are starting to get to know Maggie more and she is starting to smile a bit more with us. She is letting us know when she wants something, even though she is barely playing or moving around. She just wants to be held by one of us at all times. Overall, she is doing well. We are trying to absorb this one on one time with her while we can. 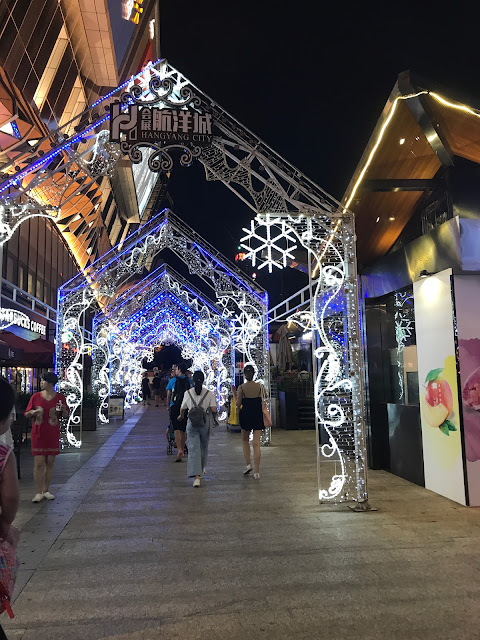 Tomorrow we leave Nanning and head to our last stop in China, Guangzhou. I am sad to leave this city, the city where I met my daughter, but I am happy to move on to the next step and get her home and see our kids. Nanning will always hold a very special spot in my heart.

Alicia Marie
I am a wife, mother, daughter and friend.

~ The photos and content is exclusive to Fedell House blog unless
otherwise stated. Copying of any kind with out permission is prohibited~